ANCA-associated vasculitis is a disease with high morbidity and mortality which has shown to have different phenotypes in different ethnic and racial groups. This disease has been most frequently studied in Caucasians. We studied a group in Southern California where the Hispanics make up half of the population. We believe there will be different phenotypes between the two.

A retrospective study of 114 patients was conducted at two tertiary care centers between 2003 and 2019. Demographic data, ICU admission, ANCA antibody status, BVAS on presentation, VDI per the last clinic visit, the number of hospitalizations, the number of follow-up years, and treatment were recorded. We calculated odds ratios for the categorical data and ran independent sample T test for the continuous data with alpha equal to 0.05 for statistical significance.

Clinicians treating Hispanic patients with AAV should have a high index of suspicion for severe disease in this patient population. Further, epidemiologic and disparities research should be conducted to evaluate the discrepancy in outcomes in these groups. 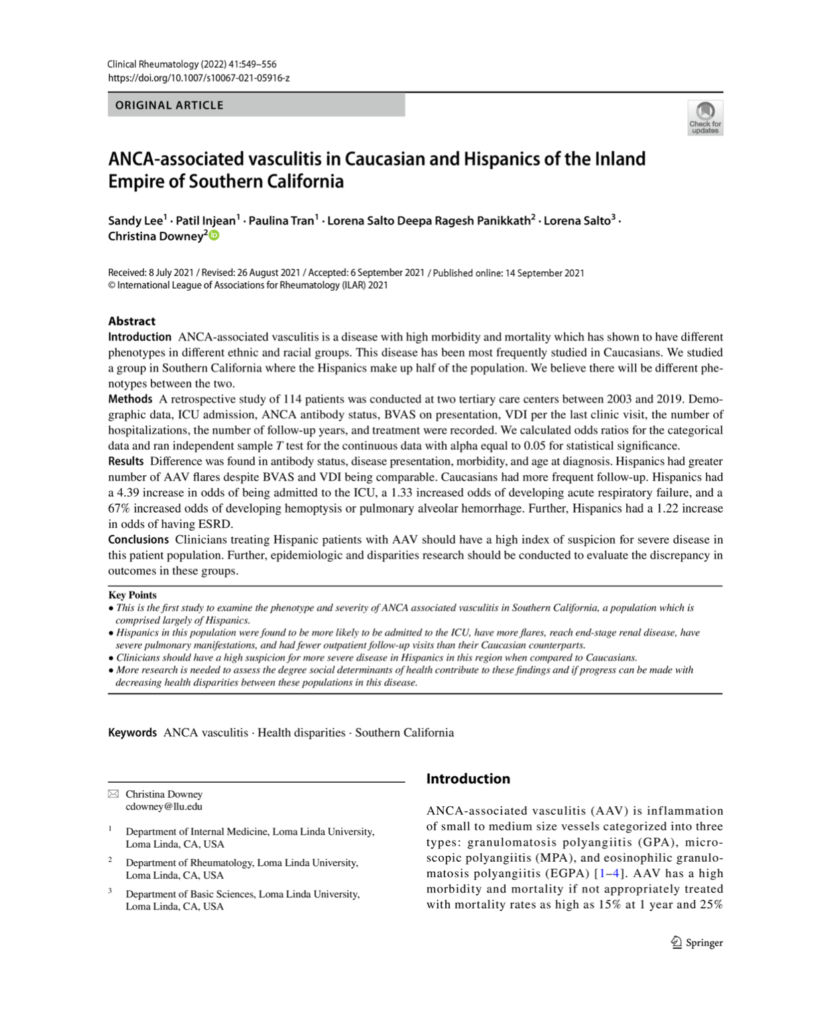 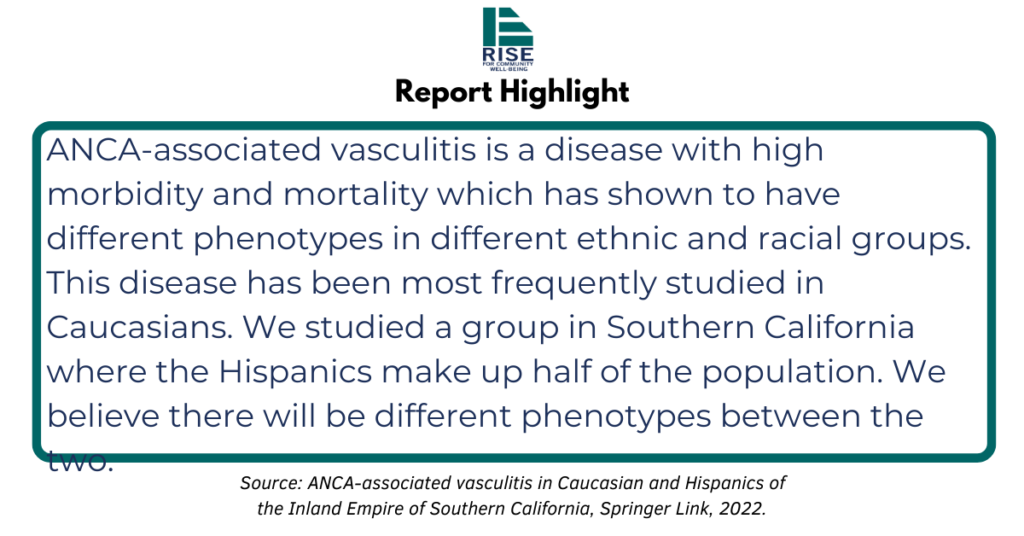