Governing Inequities Through Police in the Inland Empire

A new analysis commissioned by the Othering & Belonging Institute at UC Berkeley spotlights the immense share of expenditures that cities in the Inland Empire of Southern California have dedicated to policing since the Great Recession of 2008-2009, while cities largely failed to tackle rising poverty and housing insecurity. The study finds that the average share of city expenditures that went to police grew steadily in the wake of the Great Recession to nearly 25 percent by 2016. The share declined slightly to just over 20 percent region-wide by 2018. Even as overall municipal expenditures grew, the top six cities’ police budgets surpassed 30 percent of all spending. 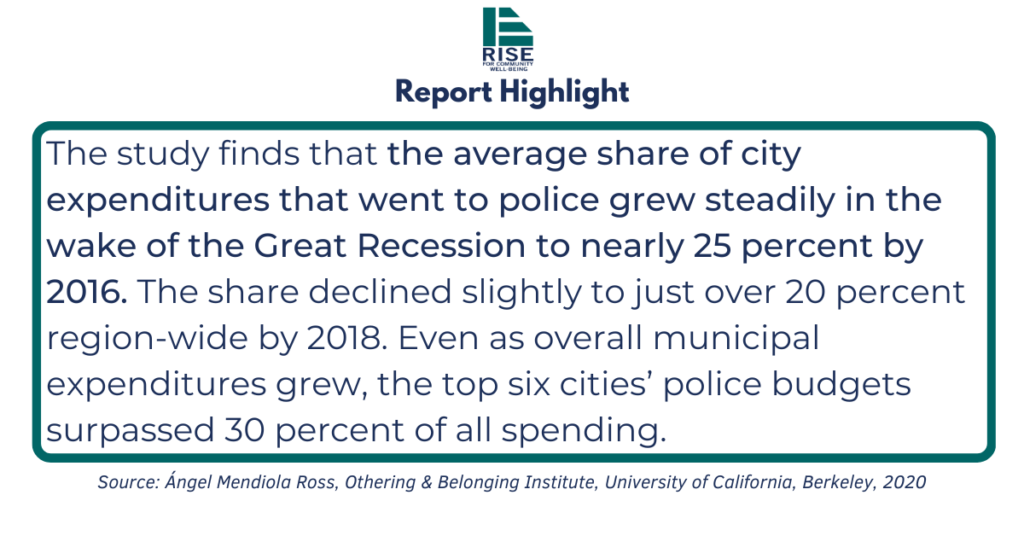