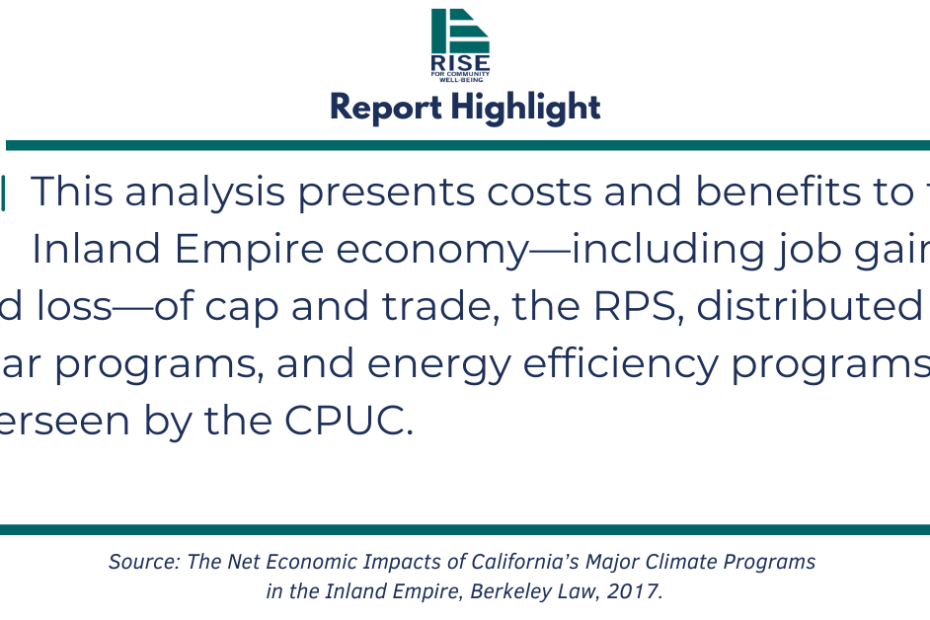 This analysis presents costs and benefits to the Inland Empire economy—including job gain and loss—of cap and trade, the RPS, distributed solar programs, and energy efficiency programs overseen by the CPUC. We used publicly available data to determine the costs and benefits of these programs between 2010–16, and then modeled the regional economic impacts using IMPLAN. after accounting for the full costs of these programs to industry, the region received 9.1 billion more than was spent, and saw 41,000 more jobs gained than were lost. When accounting for the ripple effect of this influx of capital (the secondary and tertiary spending that occurs), the Inland Empire saw a total of 14.2 billion in economic activity and 73,000 jobs as a results of California’s major climate programs. Over 90 percent of the direct impact is due to the proliferation of renewable energy powerplants in the region.

As the metropolis of Los Angeles spread east and Southern California industry shifted after World War II from manufacturing war supplies to a consumer economy, the sweeping groves of the Orange Empire gave way to the sprawling housing developments of the Inland Empire. Located in the valleys and foothills east of Los Angeles and north of San Diego, the Inland Empire is defined here as Riverside and San Bernardino Counties. Situated in a strategically important area inland from the ports of Long Beach and Los Angeles, the Inland Empire has been a hub for the transportation of goods and people since its initial development. After the economic downturn of 2008-09, the region emerged as a powerhouse in the blossoming logistics and warehousing industry;1 transportation and warehousing employ 7 percent of the region’s workers (compared with 5 percent statewide). In addition, the Inland Empire has always included many “bedroom communities” for the Los Angeles area: about 44 percent of Inland Empire workers travel 30 or more minutes each way to work.

But this economic shift has come with an environmental cost. Industrial air pollution has directly affected the lives of Inland Empire residents since World War II, when a steel plant was built in the San Bernardino County town of Fontana. The air quality challenges have become more pressing with the growth in automobile traffic in the Los Angeles area, as prevailing winds bring smog into the region. The Empire’s valleys also trap the area’s own air pollution from the truck, automobile, and train traffic running through the region, connecting the ports to the west with the major throughways to the east.

In addition to the environment, the economy of the region is also fragile. The Inland Empire makes up over 11 percent of California’s population, but incomes and employment lag behind much of the state. Per capita income is about $23,000 compared with a state average of over $30,000, placing it among the lowest earning metropolitan areas in California. more than 17.5 percent of the population was living below the federal poverty line in 2015 ($24,250 for a family of four), compared to 14.7 percent of California’s entire population. The environmental and economic challenges facing the Inland Empire make it an important region in which to study the economic impacts of the state’s climate programs. This report offers a quantitative assessment of the net economic impacts between 2010 and 2016 in the Inland Empire of four of California’s major climate programs and policies: cap and trade, the renewables portfolio standard (RPS), distributed solar programs (including the California Solar Initiative), and investor-owned utility (IOU) ratepayer-funded energy efficiency programs, overseen by the California Public Utilities Commission (CPUC). It also includes projections and factors affecting the impacts of these programs on the region through 2030. Results for the four programs and policies investigated are summarized below. The findings indicate that California’s major climate policies have had net economic benefits in the Inland Empire. 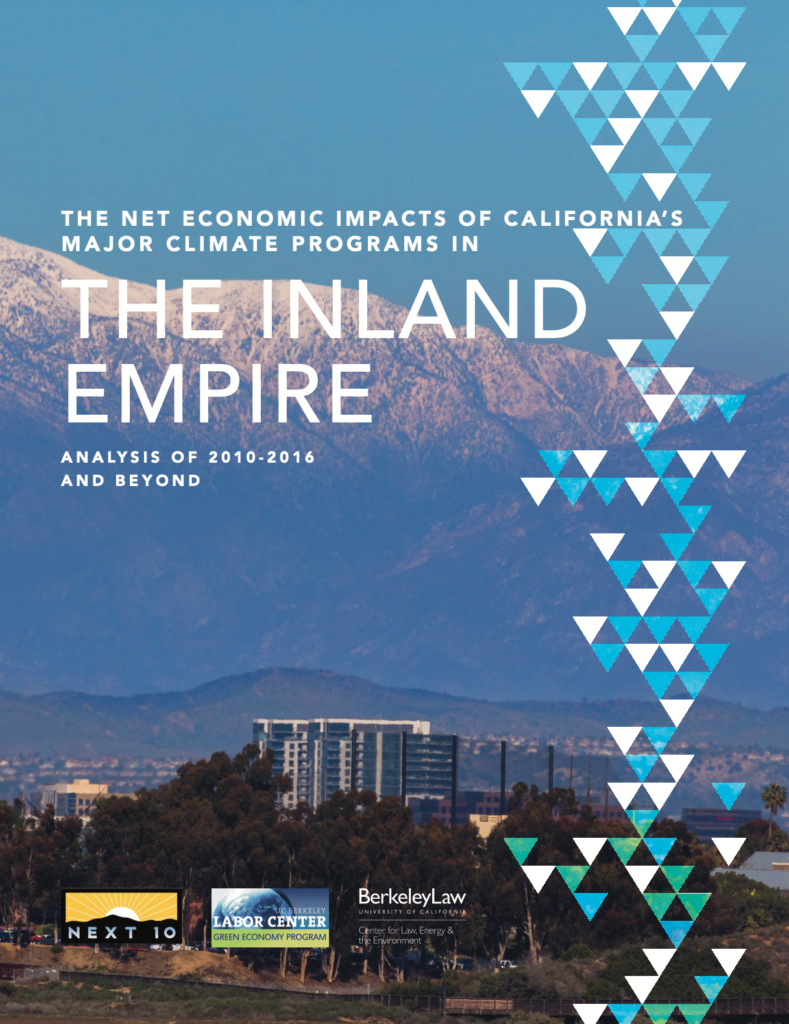 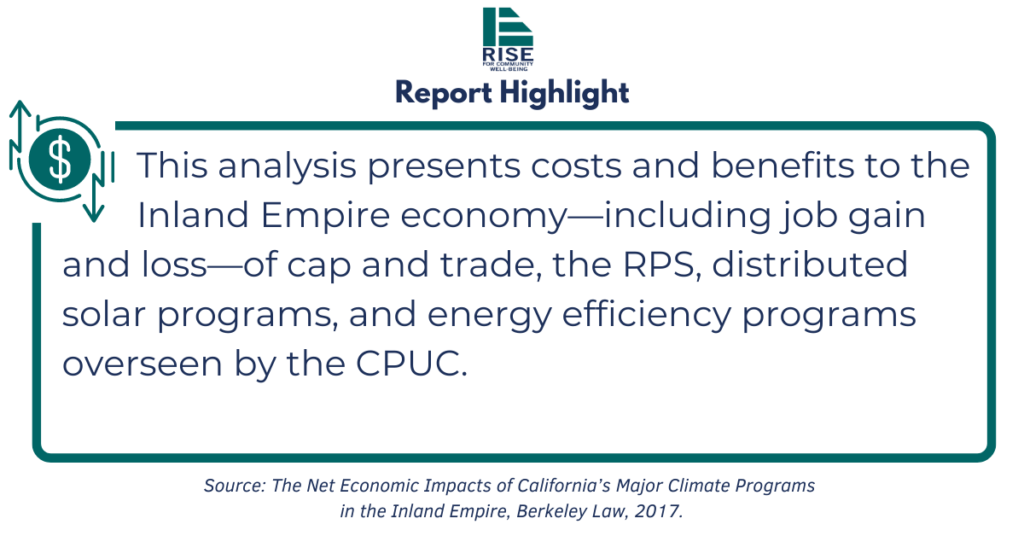