What Makes a Partnership Work?

In this context, the College Futures Foundation commissioned a comparative case study in order to gain insights into strategies for developing and sustaining multi-sector partnerships that are positioned to increase student success along the educational pipeline from high school to degree achievement. The main goals for this study were the following:

In order to gather as broad an understanding as possible of the components of successful intersegmental educational partnerships, two very different partnerships were examined. The Long Beach College Promise—which comprises the Long Beach Unified School District, Long Beach City College, and California State University, Long Beach—has been in existence for approximately two decades. In contrast, the Inland Empire partnership—bringing together K-12 school districts, community colleges, universities, and other organizations across San Bernardino and Riverside Counties—was recently launched in 2015.
These two initiatives differ not only in their longevity, but in the strengths of the partnerships as well as the challenges they face. For example, the Long Beach College Promise operates within a single, relatively economically stable county that houses only one institution representing each educational sector. The Inland Empire partnership, however, unites two counties and numerous institutions in one of the poorest areas of the country. 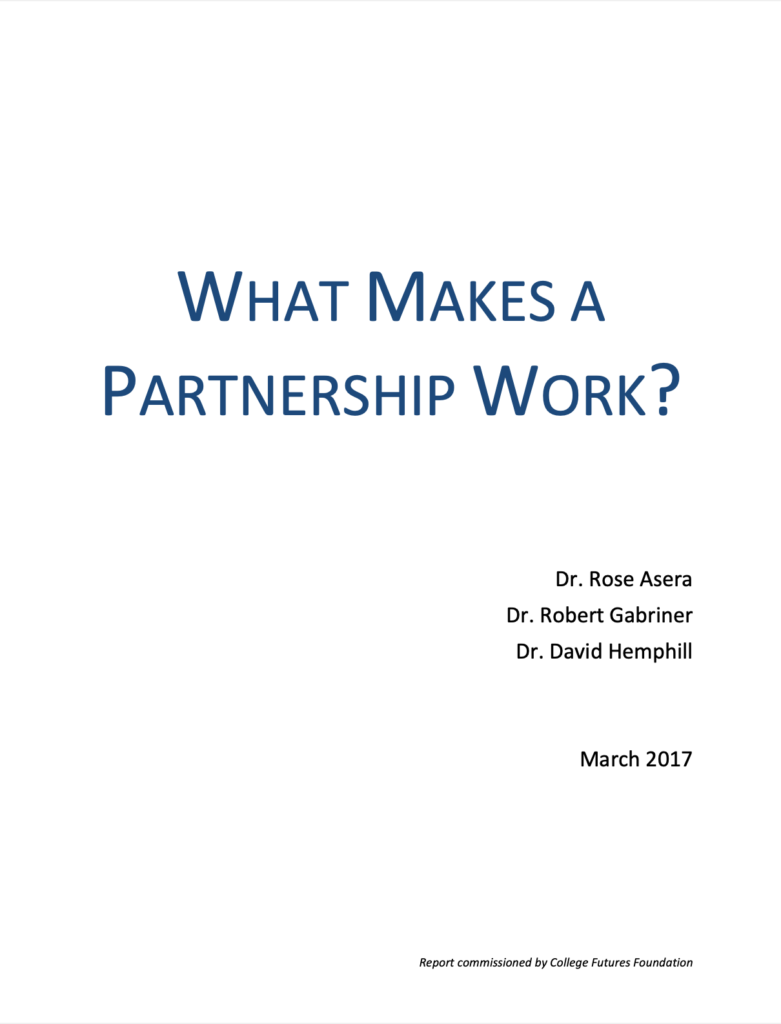 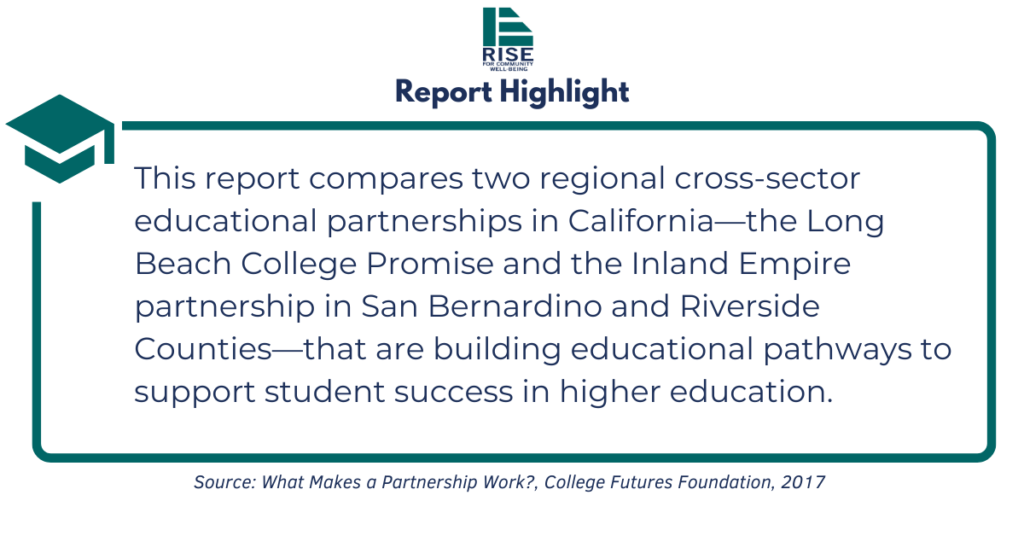