This is a significant year for the Inland Empire. It’s been a decade since the Great Recession hit the United States, the nation’s worst downturn since the Great Depression, and it’s the year that home prices in many communities across the region will regain the peak levels they reached in 2007 before the collapse in the market and the terrible spike in foreclosures that followed. Given this relatively recent history, residents of the Inland Empire are likely wondering whether the region is lining up for another crash. As the following report shows, the answer is assuredly ‘no’. With the exception of nominal housing prices, the housing market and the structure of the economy and economic growth in the Inland Empire is nothing like it was a decade ago. Given the fundamental differences between now and then, expect the region’s real estate market to continue to progress at a solid pace for the foreseeable future. 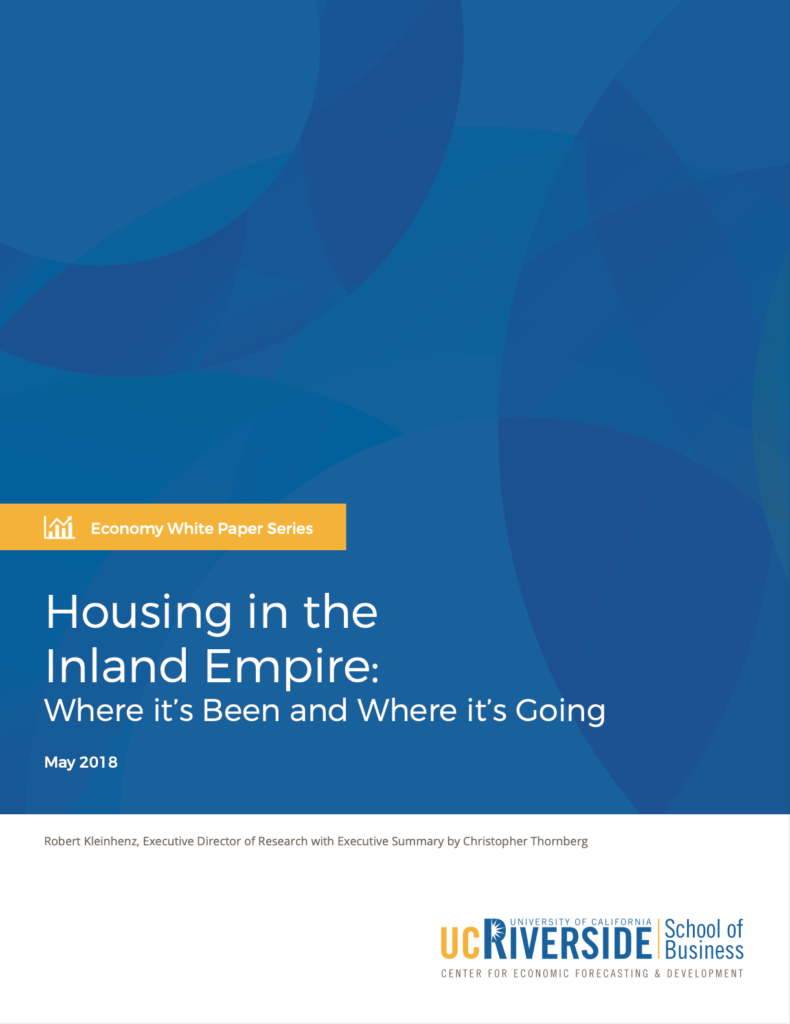 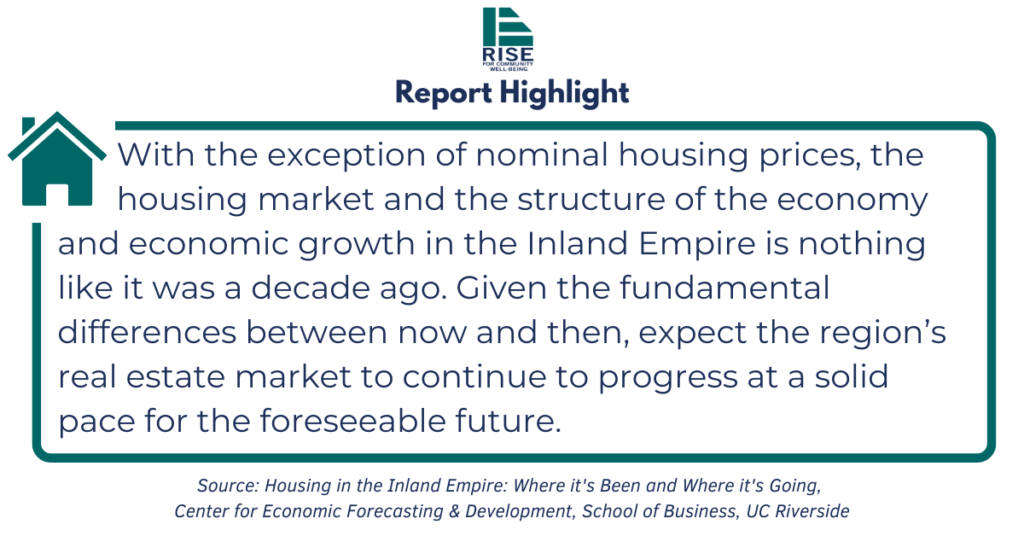