Job Concentration and the Inland Empire

Numerically, the Inland Empire is one of the largest and most rapidly growing economies in the nation, similar to metro areas such as Houston and Washington DC. In other ways, however, the region does not look or ‘feel’ like a major economy because it lacks the critical professional job sectors that are typical of large economies—and as a result, has much lower average wages than comparable metropolises. These issues are closely connected to another critical difference between the Inland Empire and other large metros—the lack of a dense urban job core, essentially a ‘downtown’. High-income sectors such as professional services, finance, and information technology tend to be clustered largely in areas with high job density, a choice driven by what economists refer to as ‘external economies of scale.’

This report concludes that the Inland Empire will need to focus on the development of a dense job center, or centers, if the region is going to rise to the next level of economic development. Such a process is far more complicated than ‘build it and they will come’. It can only take place if there is active government intervention: To invest in necessary infrastructure, to coordinate with private sector interests, and to alter local rules that discourage this kind of change and growth. 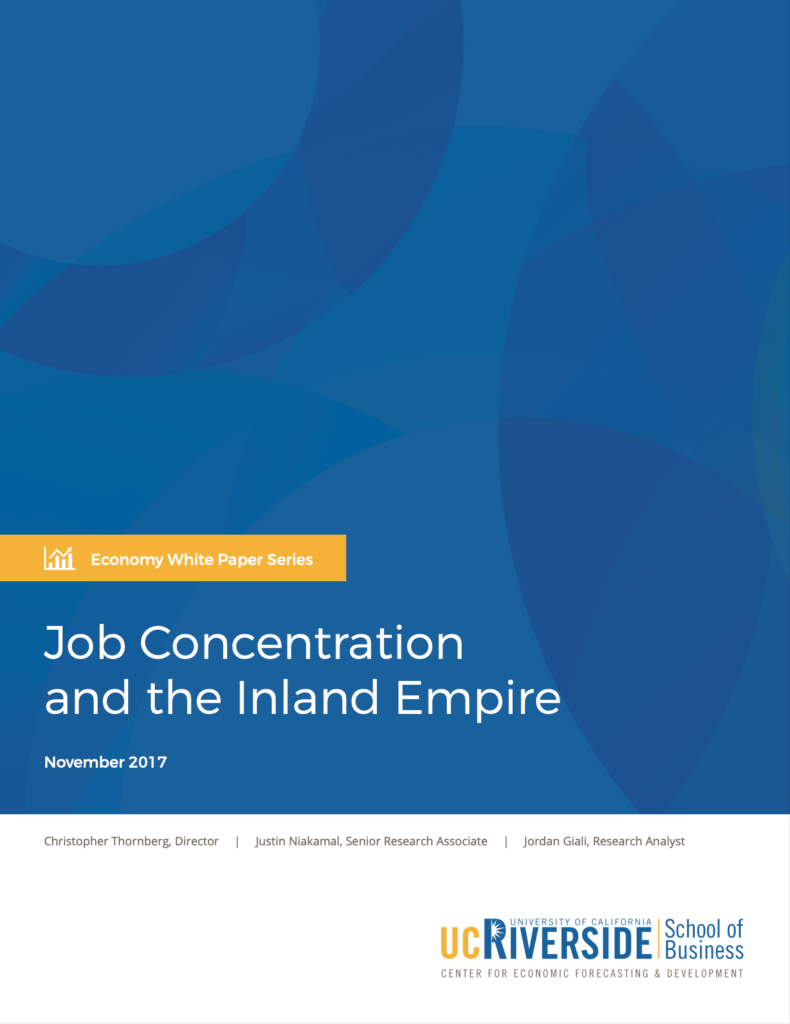 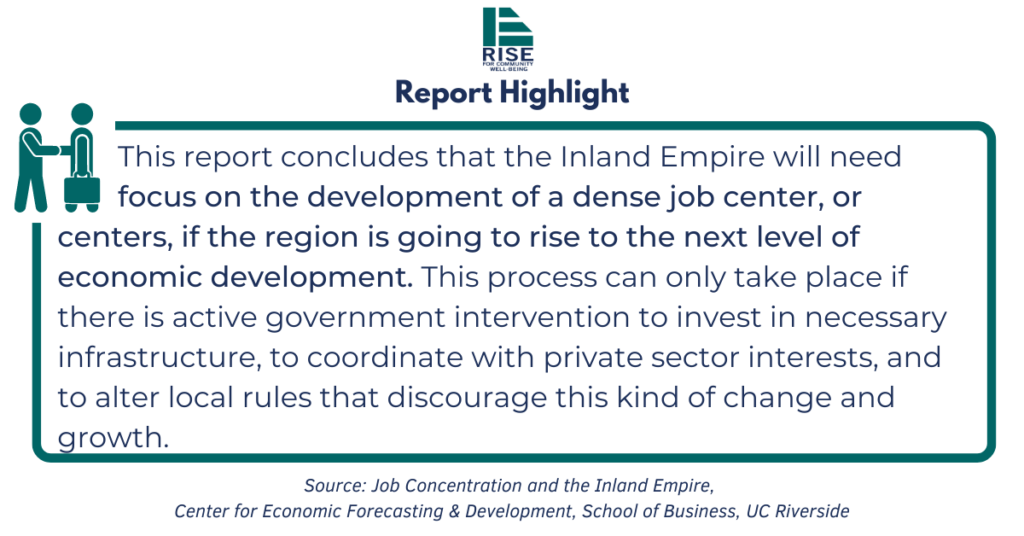