Premature death is a death that occurs before 75 years, a standard used in public health practices worldwide. By measuring premature death rather than overall death, the attention is focused on lives that could have been extended. Premature deaths are influenced by the environment and conditions of where people live, learn, work and play. These conditions are known as social determinants of health (SDOH) and affect a wide range of health risks and outcomes. We know that poverty limits access to healthy foods and safe neighborhoods and that there are striking differences in communities with poor SDOH such as unstable housing, low income or unsafe neighborhoods. In 2015, 45% of residents (7,819 people) who died in Riverside County were younger than 75. Cancer, heart disease, unintentional injury, chronic obstructive pulmonary disease (COPD) and cirrhosis are the top five causes of premature death in the county. Riverside University Health System—Public Health (RUHS-PH) is dedicated to advancing health equity and reducing the risk of preventable disease by improving the conditions of our community and supporting healthier lifestyles. By continuously reviewing these indicators, RUHS-PH is monitoring the health of Riverside County residents in order to help build and sustain communities that promote health. 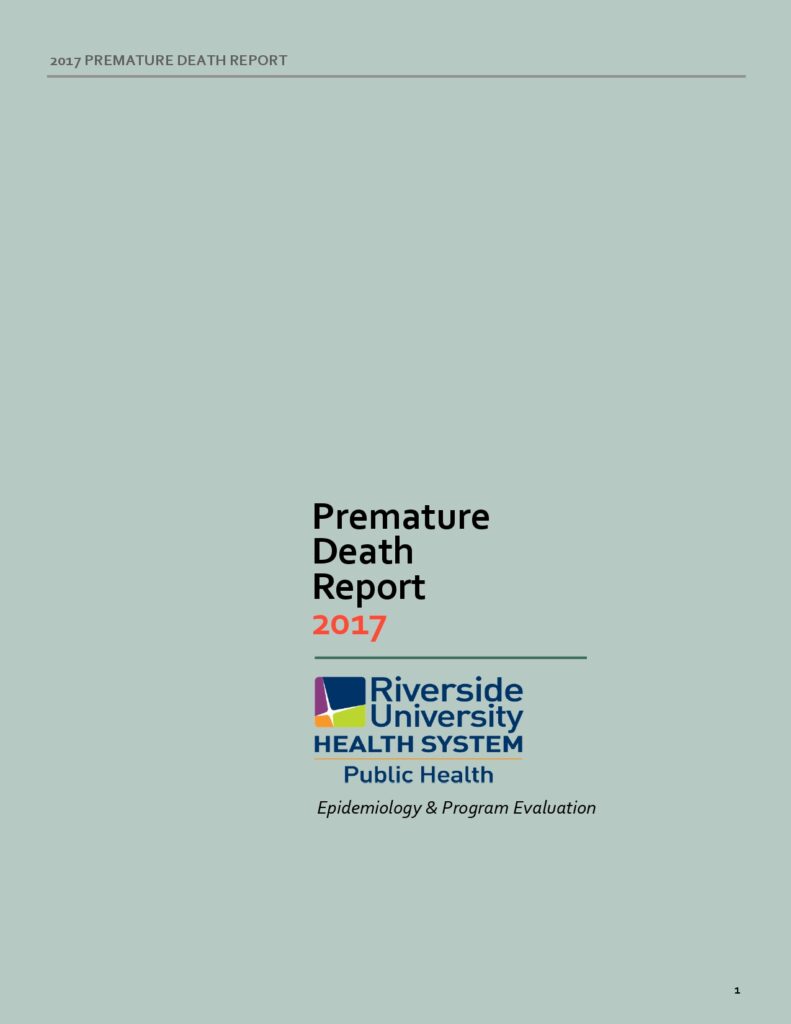 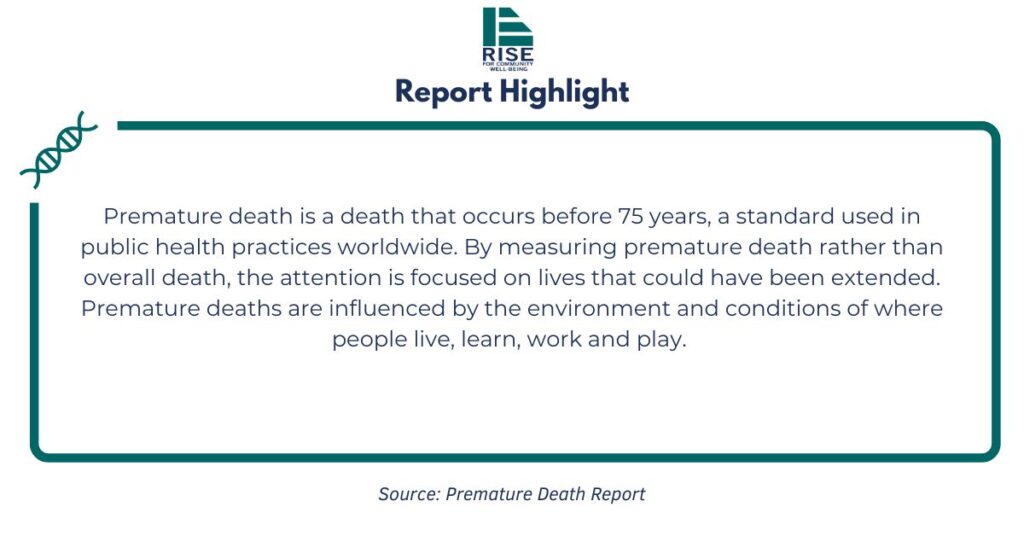