The majority of U.S. states have set targets for renew-able energy, but the prospects for meeting most of these goals hinge on the willingness of local governments to allow large- scale renewable energy projects in their communities. In this paper, I investigate how exposure to lobbying by wind developers and the actions of neigh-boring jurisdictions inform the adoption and design of rules for siting commercial wind farms. Using data collected from 1603 counties in 23 states, I find local policy-makers are more likely to enact wind ordinances when they have more time to interact with wind developers and when neighboring counties have adopted wind ordinances or approved the construction of wind farms. I also observe that counties tend to adopt more stringent rules when more wind farms have been built in neigh-boring counties. This evidence suggests that efforts to scale up renewable energy generation may encounter increasing resistance from local governments. 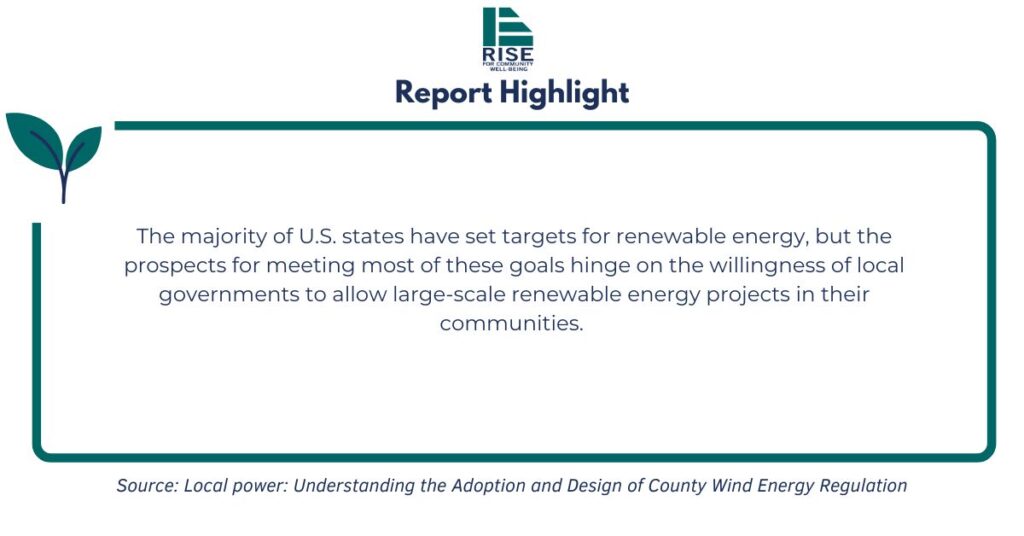